My dad (born 1954) keratopapilloma appeared on the inner side of the thigh in 1986 after a long stay in the sun. For years she did not bother him, just looked unattractive. He did not treat her with any medications. Size 6cm * 4cm. The last 10 years, she began to change, grow and bother.

Growths appeared, which were rubbed with underwear and trousers, fell away, re-grew and brought a lot of trouble. From a flat, similar to a birthmark, the stain turned into a bumpy. At the end of the past (2017), the pope made a decision to surgically remove keratopapilloma; biopsy samples were taken to rule out the possibility of the presence of cancer cells.

He didn’t have time to remove the keratopapilomy surgically, since in February 2018 he had an ischemic stroke with paralysis of the right side. Then there was a long rehabilitation process, which still lasts. Keratopapilloma made it very difficult to carry out the necessary hygienic procedures, frequent change of the diaper and washing injured her. Along with the main disease, the presence of keratopapillomas simply hindered and irritated.

There was no longer any talk of surgery, since my father now constantly takes blood thinners, and his right side is still paralyzed. On the Internet after a long search, I found information about Stefalin ointment. Doctors about this tool and do not know. We decided to try this tool. Dad agreed, he still had to stay in bed and there was plenty of time for the papilloma removal procedure. After applying the ointment, my father experienced severe pain and burning, even pinching a pencil between his teeth. From the wounds stood suckling, bed and underwear heavily soiled.

But the desire to get rid of the problem was stronger. Dad suffered and was satisfied with the result. All procedures took a month and a half with interruptions. Applied ointment, waited for the crusts to dry completely, disappeared. We waited a little longer for everything to heal and for the skin to rest.

During the removal of keratopapilloma

Small traces remain that we plan to remove again.

General impression: It hurts, but effective. It is a pity that Stefalin had not met information about the ointment before.

I am very skeptical of everything in life. But Stefalin ointment has proven its effectiveness. At first I was a little worried, because my dad was very sick. But he himself saw the result as a lumpy spot that had tormented him for many years, now just a smooth reddening, just minor scars. I am sure that small warts and papillomas can be easily and quickly removed.

If necessary, you can give my number to a person who wants to try, but doubts the effectiveness of Stefalin ointment. I will definitely recommend and advise how to properly use. Thank. 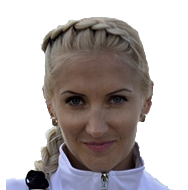 Olesya, we are grateful to you for such a meaningful review. We are very glad that everything happened with your dad and in spite of doubts and some inconveniences you were able to solve this problem with Stefalin ointment. We wish you good health. Hope to receive the final photo.

All personal reviews
﻿
Anna Nikolaevna
Olesya Ivanovna, I, like you, also hear about this ointment for the first time. Very interesting! For me, this is an urgent question. Just my husband 3 years ago, a wart on the finger of his left hand. He did not delete it and did not smear it with anything, since it still does not bother him. And the sister has small papillomas on the body, which interfere with her and bring discomfort. Olesya Ivanovna, a question for you, and you can not anesthetize the place of applying the ointment? Or drink painkillers? To relieve a person the pain that accompanies the use of Stefalin ointment. P.S. I still had a question - who is the manufacturer of Stefalin ointment and what components are included in its composition?
Marina
An interesting tool! After a summer holiday at the sea, my birthmark on the back of my thigh began to grow. Very uncomfortable, carefully need to dress, so as not to damage. Of course, in the near future I still want to examine the mole at the doctor and at the same time ask about Stefalin. Information about this drug is not the first time I come across my eyes and I read quite good reviews. But I think that without consulting a doctor it is rather risky to use such drugs, you need to understand the nature of education. The main thing is that the doctor, instead of a more economical and gentle removal method, does not begin to impose a solution that is more beneficial to the clinic.
Ludmila
Very well, if they finally came up with an ointment that really helps with papillomas and other skin imperfections .. I hadn’t had such an option at the time, I had to remove everything by surgery, I mean with a laser. In addition to the fact that it was decently painful, it also pounded money. The same is with my husband. Yes, and in time all this is very expensive. Consultations of several doctors had to be passed before getting permission to remove a mole, for example, and even for warts papillomas are not taken so easily with a swoop, preliminary diagnostic procedures are also needed. No, I do not in any way urge to ignore diagnostics and consultations, because everything can really end in tears, especially when removing moles.

This question should be approached with the utmost responsibility and caution, no questions. I am simply stating the fact that all this takes a very long time, especially when combined with operations, which is not always so easy to find. In this case, Stefalin ointment seems to be the best solution, a very, very worthy alternative. Now googled, and the price is adequate for the drug. It’s a pity that I didn’t know about him in my time (and it’s not a fact that he was already produced, she didn’t find any information about the start of sales), but I’ll know for the future and be armed, if that. Yes, and for relatives, friends can be useful if such a problem arises. Papillomas can always jump out, it’s basically like a herpes virus in general - it lives in the body forever, but it is shown only when the body gives up slack and immunity subsides, or some other important body system.

If Stefalin helps out from papillomas, then this is generally super. And as I understand it, there are no specific contraindications? In general, something I talked :) thanks for such a useful and informative review, Olesya Ivanovna. I'm glad that you and your father resolved everything safely. The health of loved ones is the most important. Thanks again for such a tip, I will mean the drug. Just in case, if possible, I look at pharmacies, asking about its availability.

Previously, somehow she did not notice either on the shelves or in catalogs, maybe it was not so common. But I would like to believe that it is now globally available for people in need. And not only for them, I will also take a couple of tubes for myself, just in case, and put them in the fridge, what else can happen.
Olesya
Hello, namesake! My name is Olesya too. Oh Lord, what a passion! Such diseases sometimes overwhelm people who don’t know how to help them. And I always ask myself, are they being treated at all? As far as I know, the moles or papillomas should not be touched in any way, and even less cured, do not understand it than, without the supervision of a doctor. It is possible to undergo medical treatment so that you remain an invalid for life. There was an experience in my life when I tried to remove a wart on my neck. Here she appeared somehow suddenly, incomprehensibly because of what causes discomfort, interferes. Especially it bothers me when I wear jewelry or clothes, constantly hooking, I’m never used to it. So about the experience (in no case do not repeat it!) I applied to this wart an extract of celandine. I bought it at the pharmacy for a penny. I was also happy, they say, it is such a cheap remedy, it definitely should help ... I put it on the wart, even after a lot of it was smeared and got a huge burn. It was a terrible pain, cursing herself for taking self-treatment. And it was not destiny to go to the hospital, probably, since I did so. Offered in a pharmacy, so I tried another method of treatment of this unfortunate warts, but I no longer wanted to experiment. The wart after the celandine has disappeared, the burn has healed, but after a while, two warts and a larger one have appeared! And now I am at a loss, but for the first time I hear about Stefalin. Maybe it's worth a try?

Removal of a mole on the chin Moles removed almost a month.

Removal of a mole on the neck It removes quickly, but there was a small spot.

Removal of birthmarks on his back Deleting passed very quickly. Scar practically no.

Bala large mole on his face The size of the mole was a good pea. Mole was loose.

There was a birthmark after sunburn After the Sun began to form a mole, become large. I decided to remove the ointment Stefalin.

Removal of a mole on his face Right on her forehead was a birthmark, which has steadily increased in size. After removing Stefalinom and can not see anything.
See all
Video reviews
clients